My fics on my journal are friends-locked, and it has been for a while. I decided to make a post about this, so it makes it easier for me to add people and for the readers to contact me rather than going through the hassle to PM me about it. Anyways, just leave a comment here and I'll gladly add you. :) You must leave a comment here first because if you just friend me, I won't friend you back. I'd like to know why we're friends.

Everything else, blogs, pictures or whatnot, are public to all. Just fics are locked for content ^^;

I'm updating my sales page. I'm not always on to update my livejournal sales page so instead, I'll be using my storenvy.

Everything on my storenvy is up to date as I update it quite often. Shipping is also calculated for each country so it'll be easier to use and purchase. 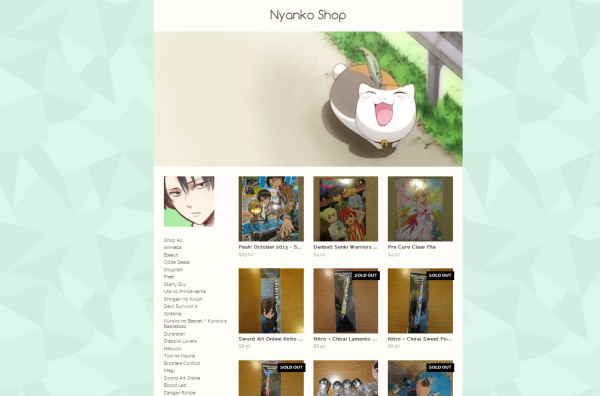 Feedback (from sales made on livejournal)
Feedback

So I spent a lot of money at Sakura-Con 2013 this year! I mainly purchased fanmade items since I have a lot of the official items and I was particularly looking for items from series: Kuroko's Basketball <3, One Piece, Magi, Natsume's Book of Friends (and a few others that I can't recall) but I was mainly searching for KuroBas items :> 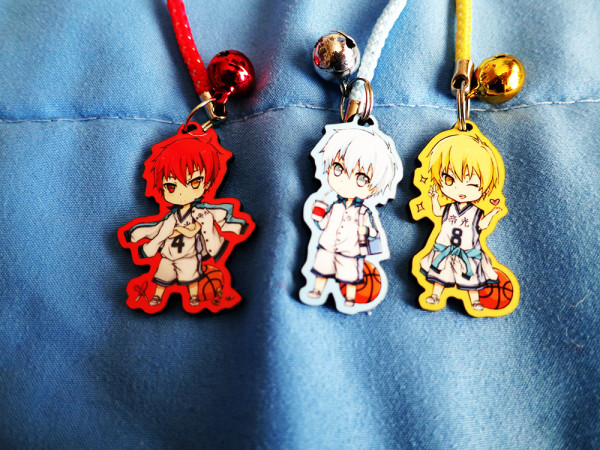 Hey there. Just making a short post. It's been quite a while since I've posted >o<;

Things are just so busy so I barely have any time to do anything!

I'm more active on twitter as well as tumblr :D So feel free to follow me there:

So a little update? What have I been up to lately?

Aw yeah~ Been going on a spending spree a bit! I think I'll update a post sometime soon (I hope) on some of my latest loots~!

Well, I just realized I haven't made a post since July! That's quite a few months! Holy crap.

I've been meaning to make some comments but things got so busy =o=;

Well, I've been active in twitter and tumblr. Oh, I also got Sakura-con pics and have been meaning to make an update on that! ~_~ but it's so much work to upload them and have it posted (since there's so many and my internet sucks :P)

Hm, I haven't done much writing either :X The latest things I wrote were Kuroko no basket (Aomine x Kuroko one-shots). If you'd like to read those, find them on my ff.net!

Other than that...
I've just been going to school and...playing a lot of League of Legends! >.> what a boring post, didn't really write about much.

Well I went to a recent con, it's a really small one called Aki-con and I bought these items from there!

Fairy Tail Happy Plush Backpack LOL It's so cute.
2 Nyanko Sensei mini plush keychains -- I wanted a really big plush but it was quite pricey :X 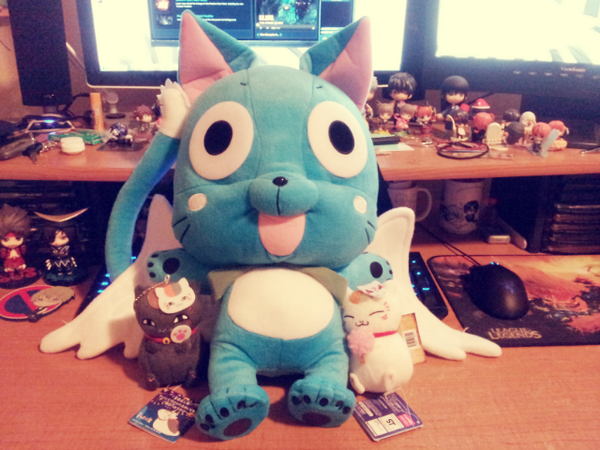 =o=; such a short post but I'll try to make some more in the future :D

I bought this game upon release! BUT...I never did quite have the chance to beat it because I got busy so I'm trying to beat it now.

I've played through Kazama's route first because well, I was going for Okita (since he's my favorite) but I didn't actually...do it correctly so I ended up on Kazama's route which is FINE! He was cute but too bad there was no epilogue for it since I kind of liked his route...even if it was really just the last 2 chapters.

Well, the part I really like about it is that...that...YOU CAN CUSTOMIZE YOUR BOYS! LOL Yep! You can change his hair style and his type of clothes and apparently...his personality too?

And the boys are so pretty! 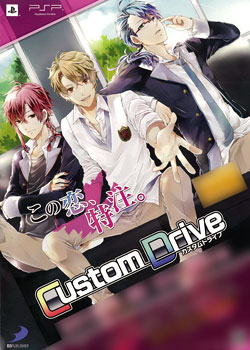 However, I'm not so sure how the story would go? It seems like the game might become repetitive...O: so I didn't pre-order it quite yet! Going to wait it out to see how the game will go but I do like the cool feature they put in :D

This game shall be released in...August! Late August that is!

Bought Brother's Conflict - Passion Pink~ Excited to play that! The artwork is fairly nice, well not as nice as some others of course! But after you keep looking at it, it grows on you! I have yet to play it though!

Storm Lover Kai - God, I've been wanting to play this game for SOOOOOO long. But I held off on buying it until the remake came out! And plus, I was poor lol! XD I just bought it so it hasn't been shipped yet but I am super excited to play~~ XD That game looks like so much fun!

Toki no Kizuna - This game looks good~ I have it on pre-order and it releases next month! Can't wait for that. Well main reason I bought it because Kamiya Hiroshi is in it. :____; He is my favorite seiyuuuuuu~ Plus his character design is pretty hot.

He is the 2nd from the right~ 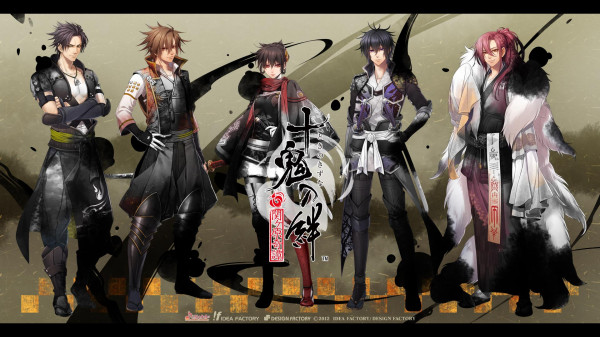 Currently, I'm pretty obsessed with Kuroko no Basket. I read the manga last year and then suddenly, the anime gets released in Spring! I was super excited and very happy! Now, my fandom for it is taking over! lol, when it becomes an anime, it becomes popular and well known. So there's been a lot of artwork out there! Which I really appreciate and love since there wasn't that many before.

Well...it has been quite a while...and this is pretty late, but I'll be posting up some loots from January - March! So...that's actually quite a lot of merchandise that I bought. Oh, and this will include things I bought from Sakura-con 2012 too, though I didn't buy as much this year since I didn't have much time to shop. A pity, but oh well.

So, I took these photos each month I got the packages, and well, too lazy to re-gather everything again just to take a picture (too much work), so I'll just post as is.